This time, with the new magnet, hydrogen-infusing technology upgrade, Kangaroo is aiming to gain a share of 60% of the water purifier market in Vietnam in this same year. “Based on our research, this is a completely feasible plan as the product has many competitive advantages in terms of technology and price,” said Mr. Phung The Vinh, Kangaroo Vice Managing Director. 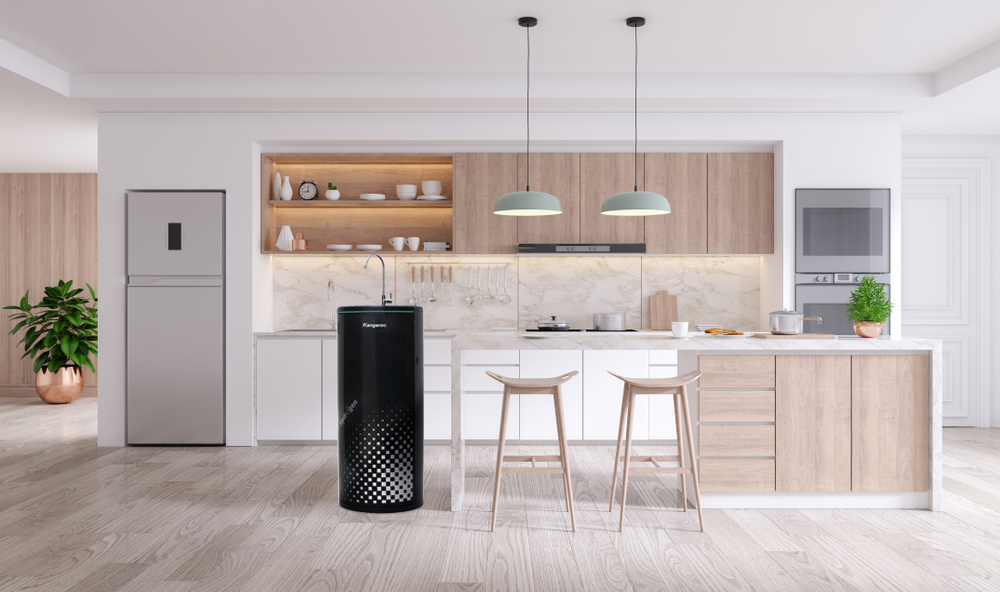 This time, the manufacturer expects the technology to be a crucial selling point. The water purifier has 10 cartridges including a pre-filtration, wastewater reducing membrane, and specialized cartridges. For this product, the manufacturer employs the mineral ceramic technology transferred from Korea Technology Corporation to produce hydrogen alkaline water, infusing hydrogen as well as minerals necessary for the body.

Apart from producing hydrogen water, the new product is superior to the previous generation in terms of its magnet technology. This compartment is made up of ceramic and permanent magnet. Magnetized hydrogen water is restructured, rearranging the hydrogen bonds between water molecules, making them smaller and thus, easier for the body to absorb.

Many researches have pointed out that hydrogen water can slow down the ageing process and improve the instability often found in ageing cells. According to Dr. Hayashi Hidemitsu, Director of Water Institute of Japan, hydrogen-rich water can help improve diabetes, lung diseases, gout, high blood pressure, and many other health issues caused by the body’s ageing and oxidation process.

Water from the KG100HC water purifier will contain a high hydrogen content, which will be “trapped” underwater by a polarized top-zone on the water surface for 10-15 minutes. Therefore, experts recommend consuming the hydrogen water immediately after pouring for the best result.

Kangaroo KG100HC water purifier is designed by an American industrial designer, inspired by Western style and East Asian culture. In the Eastern view, circle represents completeness and the movement of energy while in Wester belief, it means immortality, strength and perfection. In terms of the design, the cylinder shape of the water purifier will be a highlight in the interior space most often filled with rigid corners.

The assembly of Hydrogen water purifier also becomes quicker and more convenient since most parts and accessories have already been put together in the factory under strict regulations. The assembly process only is 3 minute long with 3 easy steps instead of the typical 36-step for earlier generations, which takes about 45 minutes.

Kangaroo Hydrogen water purifier was patented in Vietnam in 2018, while the company was also recognized as a Science and Technology Business. Kangaroo has left a memorable mark since its impressive marketing presentation during the C1 Competition Final with its slogan “Health for the Community” and the CEO’s commitment to “re-imagine the map of clean water in Southeast Asia”. 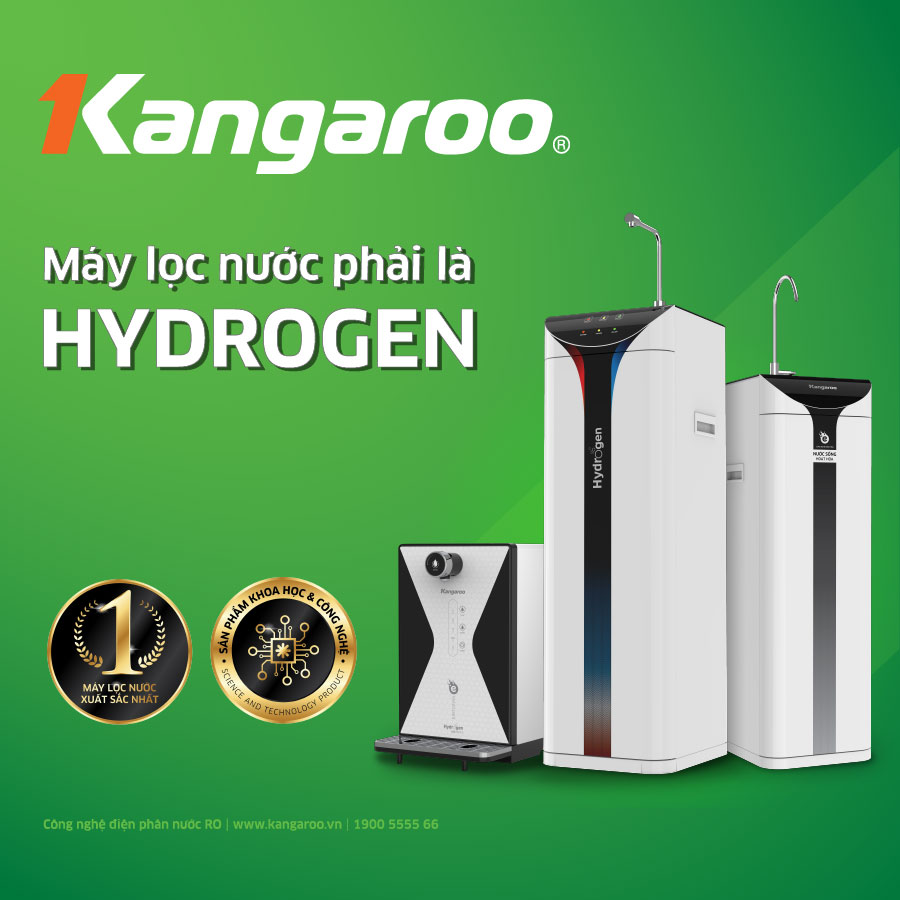